Situated in the Limousin-Perigord National Park and set in 50 acres of woodland L’etourneau offers superb fishing in a peaceful and tranquil environment.  Mature trees surround the lakes giving a real feeling of seclusion.  We are easily reached by air or car, approx. 7 hours drive from Calais.

9 acres in size, the lake shape is similar to a fish tail.  Two shallow bays feeding to the main body up to the dam wall.  Depths range from a metre to five metres at the dam.  Spring fed naturally from miles away the lakes have a continual flow through as fresh water controlled by grills.

When I purchased the lakes the water tests showed a low ph.  Both lakes were fertilised to raise this up to healthier levels.  It showed the water was so good you could actually drink it!!

Originally dug for the granite the 50 acre site was then developed into a fish farm some 60+ years ago.  It’s gone from a barren water to a beautiful healthy lake rich in naturals and reed lined.  Not the easy lake it once was, a bit more challenging now!  Hence the name.

8 acres in size, a more rounded shape.  Depths again from a metre in the far rocky shallower end going to 5 metres at the dam wall.  This is the highest lake on the property.  The water quality and feeds are the same as Lake Difficile – they are both on the same river system.

Both lakes dug for the pink granite, so the bottoms are hard in places, silty areas have developed over the years.

Untouched and untamed for 18 years this stunning and mystical water is ready!!

This is now being utilised to grow on young fish for the future. 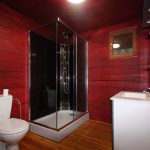 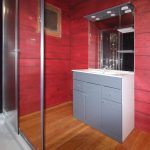 Completely drained down when bought.  Re-stocked by several different fish farmers over the next year.  From Bergerac to Chateauroux and various organised village-vidange ‘drain downs’.  The fish farmer recommended 150ish fish, so naturally we doubled up!  We opened up with 300 young growing fish from 20-40 pounds.  Over the years we’ve seen the average weight go from mid 20’s to now mid 40’s.

Completely drained at the same time as our other lake.  We planned on stocking at a later date.  As the fish arrived we’d asked for none under 20lb.  Quite a few started to come out nearer 16-18lb.  A new price was negotiated and we put about 70 into Lake Facile.  Left to their own thing for about 17 years the biggest out a couple of years ago was a 34lb Common!

This has now been emptied for re-stocking of young growers for the future.  The prettiest and biggest of these went into Lake Facile.